A couple confessions: First, I thought Revealed (The Missing Book 7), by Margaret Peterson Haddix, (2014, 438 pages), was the last in the series. Like, “You’ve read all the other books in the series and some questions have gone unanswered but now all will be revealed.” But I just found out there is an eighth book planned, Redeemed, scheduled to be released September, 2015.  Second, Margaret Haddix, along with Lisa McMann, author of the Unwanted series, visited my kids’ school a couple weeks ago, AND our wonderful local independent bookstore Flyleaf Books, but I couldn’t go to either reading. (Sad face.) I really wanted to.

After a mysterious cameo from Charles Lindbergh, it’s up to Jonah to save his town in the seventh book of the New York Times bestselling The Missing series, which Kirkus Reviews calls “plenty of fun and great for history teachers as well.

It’s morning as usual at the Skidmore household—until Charles Lindbergh, the famous historical pilot, appears in their living room. Jonah can hardly believe his eyes—and then Lindbergh grabs Katherine and vanishes again. And that’s not all. Chip, Andrea, and all the other children from the plane have disappeared too. And worst of all, Jonah’s parents and all the other adults in his town have de-aged into children.

Jonah is the only one left, and the only one who can save everyone. With the help of de-aged JB and Angela, he has to collect the clues. And they lead directly back to Gary and Hodge, and a terrible plot that could mean the end of everything Jonah has ever loved. Can Jonah put the pieces together before time runs out?

In a nutshell, if you liked the other books in the Missing series, chances are you’ll like this one, too. The aspect of this book that stands out for me, compared to the other books in the series and other time travel books in general, is all the de-aging that goes on. This was GREAT fun to read about, although often horrifying for the characters to experience. Jonah gets to see his parents and his mentors J.B. and Angela as tweens his age. He experiences his sister as a baby. Jonah is terrified they may be stuck that way. Also, there is always the threat that Jonah could be de aged. How awful would that be? To know you could become completely powerless and you wouldn’t even be aware that you were powerless?

Jonah remains a great character with whom I can identify. His true identity is revealed, and I was not disappointed. Younger sister Katherine hardly makes an appearance in this book, although when Jonah speaks about her it is with respect for her intelligence. Charles Lindbergh is of course in this story, and the author does a good job of imagining his personality.

Unfortunately, compared to previous books in this series, there was too much talk of the rules of time travel. The author kept trying to compare the alternate “branches” of time, the alternate realities and how they could come about. I didn’t get it, and while I don’t mind not understanding everything in a book(as I’ve stated before, I’m easily confused), all the talk about rules of time and broken time took up way too much space in the book, crowding out good storytelling. I’ve had enough of this series; I won’t be reading Redeemed. 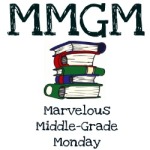 7 Responses to Revealed (The Missing, Book 7), by Margaret Peterson Haddix